Edit: We just received this on the 17th of this month about the usual abuse of Catholic heritage and resulting sacrilege for the usual disordered proclivity in the name of mercy.  What's particularly tragic about this is the provenance of this parish as a Shrine of the Immaculate Conception.

Archbishop Wilton Daniel Gregory, former President of the UCCB and current Archbishop of Atlanta, has authorized the use of The Shrine of the Immaculate Conception and support for participating in the secular Gay Pride Parade. The event took place on October 14th and the Shrine is listed as a sponsor endorsing the event.

The laity in Atlanta has done nothing, and a cursory search of the internet shows no concern about this event, either.

It's on the site of the first church built in Atlanta and was first referred to as a shrine in 1954.

Here's an image of the daily bulletin, where the Shrine promotes the "Gay Pride Parade." (See below) 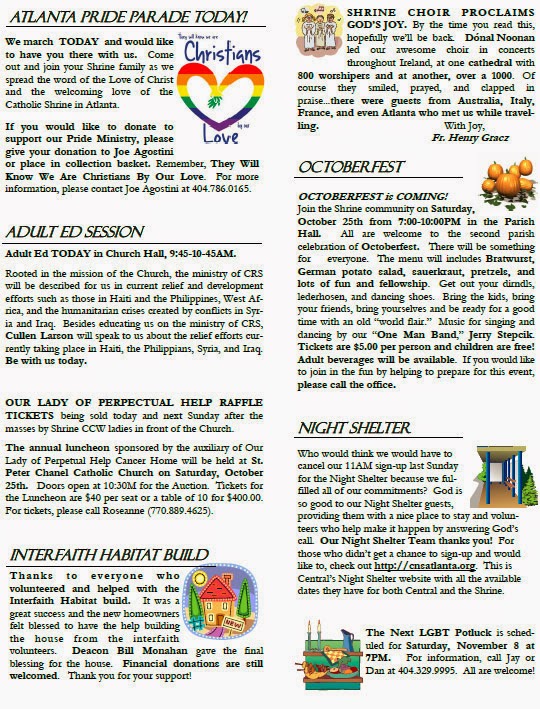