On November 12, the U.S. bishops -- gathered in Baltimore for their annual fall General Assembly -- will vote for their next president and vice president. The newly elected officers will begin their terms at the conclusion of the meeting (Thursday, November 14), when Cardinal Timothy M. Dolan of New York and Archbishop Joseph E. Kurtz of Louisville, Kentucky, complete their respective terms as president and vice president of the U.S. Conference of Catholic Bishops.

Ten candidates are nominated by their brother bishops for the presidency and vice presidency. Following, in alphabetical order, is a breakdown with some vital statistics of this year's slate:

Archbishop of New Orleans
First native of New Orleans to serve as its archbishop. Currently wrapping up a term as chairman of USCCB's Divine Worship Committee, during which time he oversaw the implementation of the new English translation of the Roman Missal. Also serves USCCB Committees on Communications and Domestic Justice and Human Development.

Archbishop of Philadelphia
Currently chairs the Subcommittee on Native American Catholics. Serves on the USCCB Committee on Cultural Diversity in the Church and as a consultant to the Pro-Life Activities Committee. 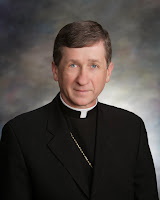 Bishop of Spokane, Washington
Previously served as chairman of the USCCB Committee on Child and Youth Protection (2008-11), overseeing release of John Jay Causes and Context Study. Currently chairs the Subcommittee on the Church in Central and Eastern Europe and is a member of the National Collections Committee. 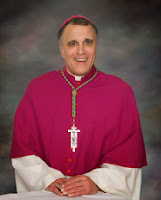 Archbishop of Galveston-Houston
First cardinal from Texas. Chairman-elect of the bishops' Committee on Divine Worship. Former chairman of the Committee on Pro-Life Activities (2009-2012) and current member of that committee, as well as National Collections Committee and Subcomittee on Health Care Issues. Participated in the March 2013 conclave to elect Pope Francis.

Archbishop of Los Angeles
Head of the largest diocese in the United States. Member at large of USCCB Executive Committee. Chairman of Committee on Migration. Member of Subcommittee on Divine Worship in Spanish, the Subcommittee on the Church in Latin America and consultant to Committee on International Justice and Peace.

Archbishop of Louisville, Kentucky
Vice president of USCCB since 2010. Former chairman of USCCB's then-Ad Hoc Committee on the Defense of Marriage.

Archbishop of Detroit
First Detroit native to head the archdiocese. Member of the Committee on Doctrine and the Subcommittee on the Catechism. 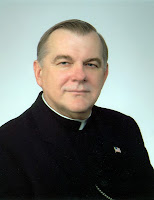